There are several famous monuments in India. Taj Mahal is one of the most popular historical monuments not just in India but also in the entire world. It is situated in Agra in the state of Uttar Pradesh. It was built by Mughal emperor, ShahJahan in 1632, in loving memory of his beloved wife Mumtaz Mahal. Mumtaz was born in Agra in April 1593. She was a Persian princess and the second wife of Shah Jahan. The Mughal emperor ruled from 1628 to 1658. The size of the tomb is 17-hectare including the mosque and a guest house.

The construction of the famous monument was finished in 1653 at an estimated cost of rupees 32 million at that time. The Taj Mahal is made up of a white marble which is based on Persian and Mughal architecture. In recent times, it would be about 52.8 billion rupees (US$ 827 million). Taj Mahal was constructed under the guidance of Ustad Ahmad Lahauri included 20,000 workers. 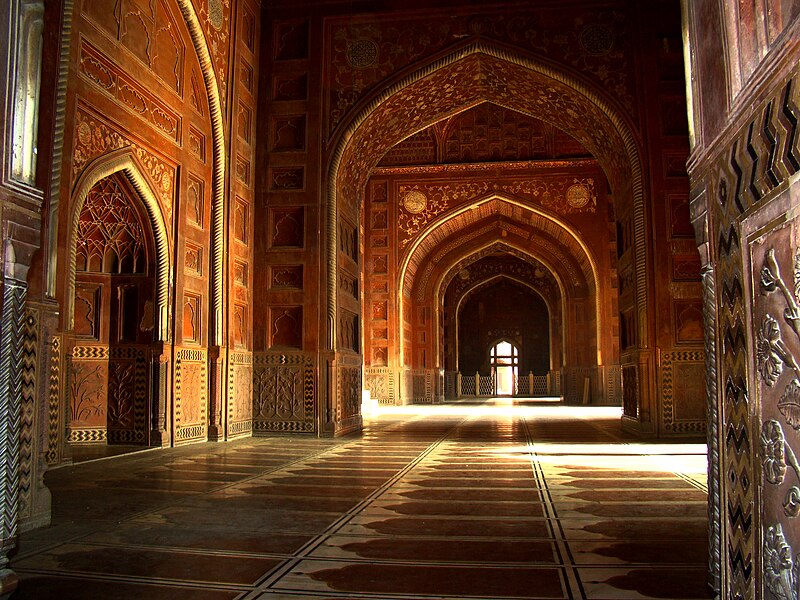 Archways in the mosque.

About 7-8 million tourists visit the Taj Mahal, every year. It was also declared as a new 7 Wonders of the World. The famous monument is the good example of the Mughal architecture in history. UNESCO declared the Taj Mahal and Agra Fort as World Heritage Sites. Agra Fort is situated 2.5 kilometres away from the monument.

The dome of the Taj Mahal is made up of marble and at around 35 metres (115ft) high which is accentuated by the cylindrical drum i.e. nearly 7 metres (23ft) high. Due to its shape, the dome is also known as onion dome or amrud (guava dome). The upper part of the dome is decorated by a lotus design that helps to accentuate its height. The dome is emphasised by four smaller domed chattris (umbrellas) that are located at its corners. The Taj Mahal is decorated by the spires (Meenaar) and gives visual emphasis for the height of the dome. The theme of the lotus is repeated on the chattris and guldastas (bouquets). The chattris and guldastas are decorated by a golden finial which is a mixture of Persian and Indian architecture. 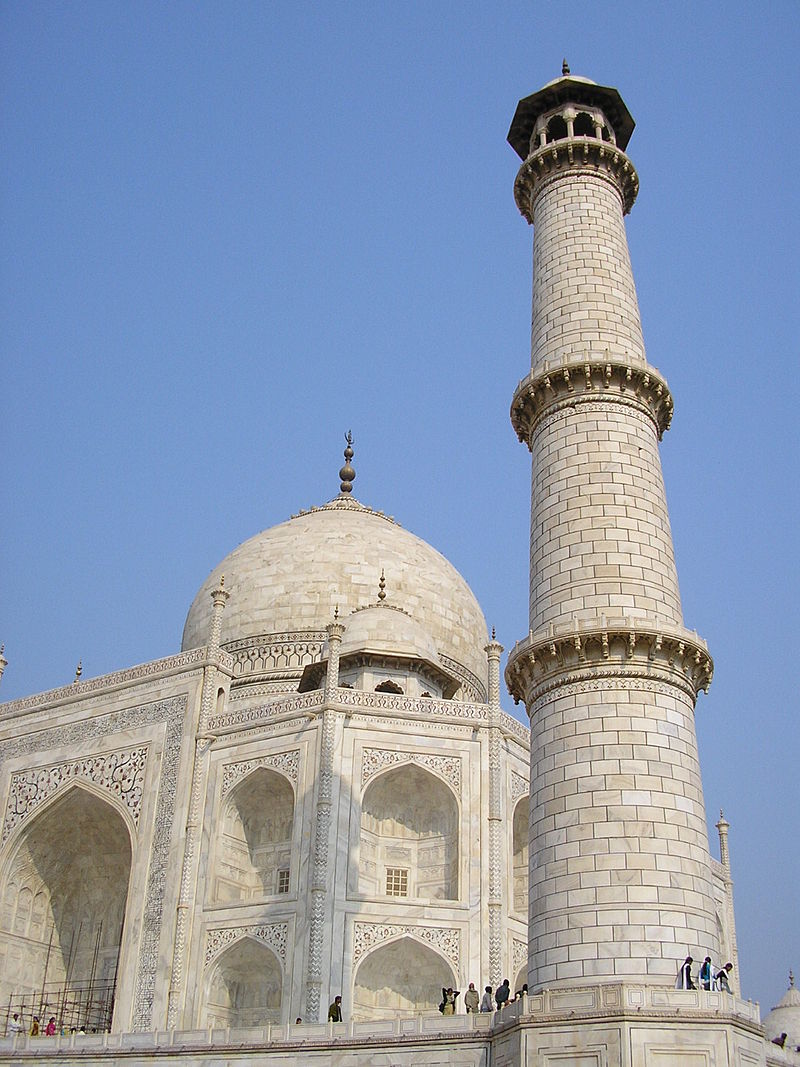 Base, dome and minaret.

The finial was firstly made up of gold then it was substituted by a copy made up of gilded bronze in the early 19th century and it is topped by a moon which is a classic Islamic design whose horns point upward. Each minaret is about 40 metres high, referred as a traditional design of mosques for calling to prayer and it is divided into three parts by two balconies that ring the minaret. The upper part of the minaret is surmounted by a chattri which reflects the design on the tomb. 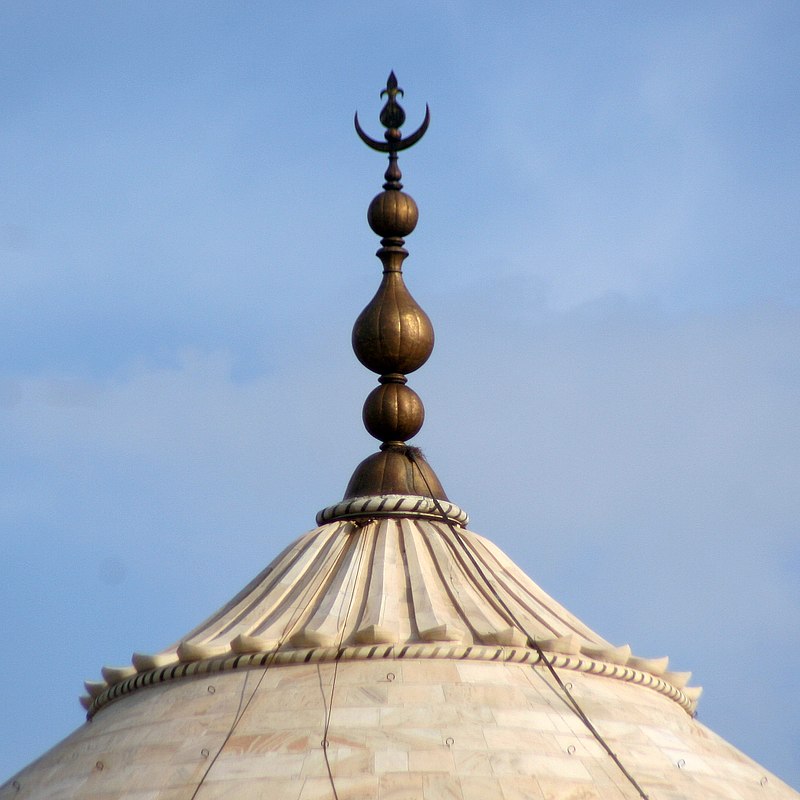 Finial (tamga) of the Mughal Empire.

The interior walls of the monument are around 25 metres (82ft) , decorated by a sun motif and the chamber is decorated by a precious and semiprecious gemstones which is octagon in design. Each chamber wall is greatly adorned by dado bas-relief, intricate lapidary inlay and refined calligraphy panels. The surfaces are ornamented with semi-precious stones forming twining vines, fruits and flowers. The grave of Mumtaz and Shah Jahan are placed beneath the inner chamber with their faces towards Mecca. Calligraphy on the walls

The Taj Mahal is surrounded by the Mughal garden which is 300 sq.metres in size. The garden has several path which is divide by the four quarters into 16 sunken flowerbeds with decorative pool contain water tank.

The main gateway (darwaza) of the Taj Mahal is made up of marble. The tomb is adorned by the calligraphy include pishtaq arches.

The Great gate (Darwaza-i rauza) is the main entrance to the tomb.