South Korean company, Samsung has introduced Gear S3 smartwatch in Indian market. It will be available in two different models including Frontier and Classic starting from January 18 at a cost of Rs 28,500. 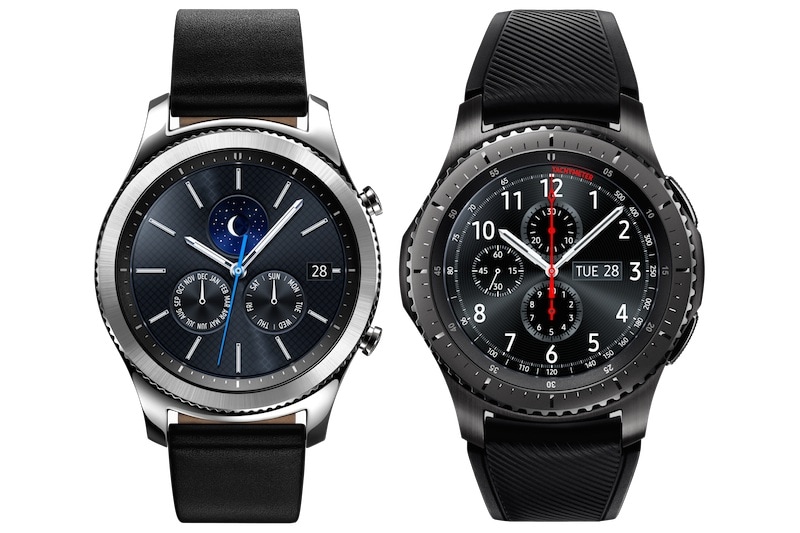 Earlier the company has introduced the Gear S3 smartwatch at the event of IFA 2016 and operates on its own Tizen Operating System. The Frontier model comes with rugged design which has a MIL-STD-810G rating and the Classic model with a simple design. Both models come with rotating bezel which capability to receive or reject the call. The users allow writing on the display that messages will automatically change into text. The frontier device offers a cellular radio chip that use to connect with high speed 4G networks.

The Gear S3 smartwatch comes with a 1.3-inch with a resolution of 360×360 pixels display with a several features including AMOLED tech, Gorilla SR+ protection, IP68 dust, water resistance and GPS. It has a 1GHz dual-core processor and is back up by a 380mAh battery. The smartwatch offers Bluetooth v4.2, Wi-Fi 802.11b/g/n, NFC/MST, 768MB RAM and 4GB of storage. The weighs of the Frontier model is 63 grams and the Classic model weighs 59 grams.

The company has launched its own Samsung Gear S app for increase support to Gear S2 and Gear S3 smartwatches to iOS.