Alcatel has introduced the Idol 4 smartphone at the event of pre-MWC in India. It will be available in Dark Grey, Metal Silver and Gold colour only at a price of Rs 16,999 via Flipkart which is begin at 2pm on December 8. 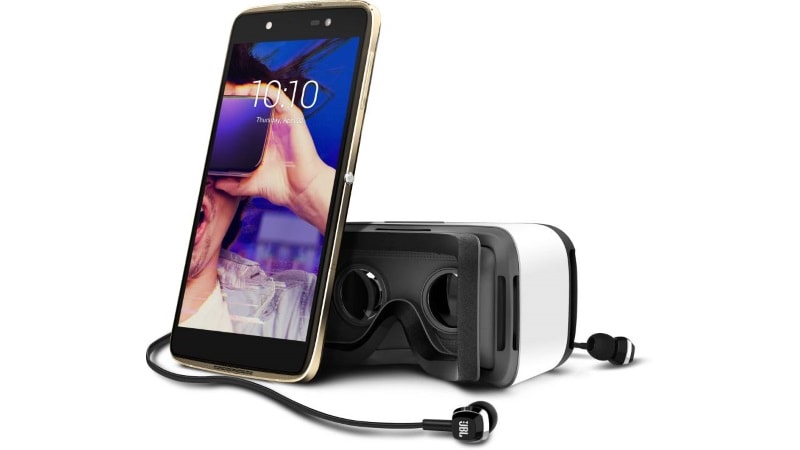 The boom key is in a smartphone which allows consumers to use camera, gallery, videos, games and many more applications. The device offers a bundled of JBL earphones,  VR headset and supports dual-SIM.

The Idol 4 smartphone comes with a 5.2-inch full-HD (1080×1920 pixels) IPS LTPS display and storage of 16GB that can be expandable up to 512GB by using microSD card. It has an octa-core Qualcomm Snapdragon 617 processor, Adreno 405 GPU and a 3GB of RAM and operates on Android 6.0.1 Marshmallow out-of-the-box.

The device has two cameras that are located at the rear of 13-megapixel and at the front of 8-megapixel use for selfies. Its dimension is 147×72.5×7.1mm, weighs 135 grams and is back up by a 2610mAh battery which comes with Quick Charge version 2.0. It has various attractive features- 4G LTE, Bluetooth 4.2, USB OTG, and a 3.5mm headphone jack.