Chinese company, Vivo has introduced the V5 smartphone in Indian market. It will be available in Crown Gold or Space Grey on November 26 in several parts of our country at a price of Rs 17,980.  The company also launched V5 plus smartphone but did not inform about the availability of the smartphone.

The V5 smartphone comes with two cameras are placed at the rear of 13-megapixel which has a single LED flash and second at the front of 20-megapixel use for selfie. The front camera comes with a ‘Moonlight Glow’ for better quality photos in night, f/2.0 aperture, a Sony IMX376 sensor, and a 5P lens. There is a 32GB of storage which can be expandable up to 128GB by using microSD card. It has 1.5Ghz octa-core MediaTek MT6750 SoC and a 4GB of RAM. 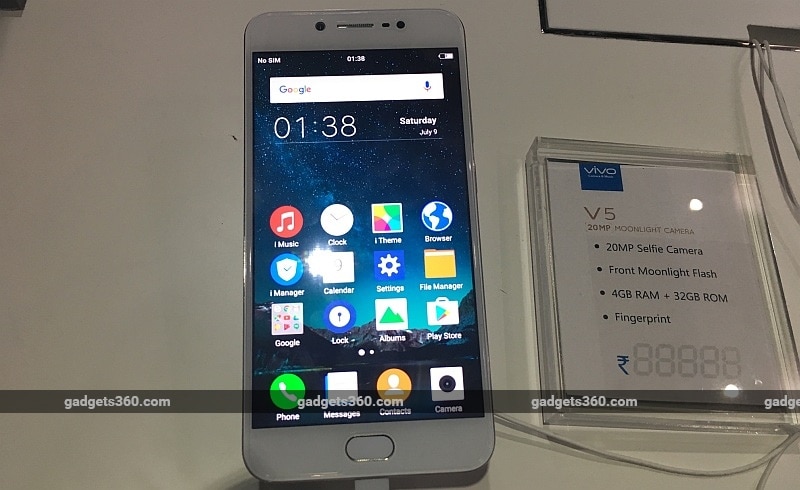 The device offers a 5.5-inch (720×1280 pixels) HD display which supports dual-SIM and 4G and it is back up by 3000mAh battery. It has a fingerprint sensor which is a water proof and is located near the home button. The Face Beauty 6.0 app is installed in the smartphone and made up of a metal body. The smartphone operates on Funtouch 2.6 OS which is based on Android 6.0.1 Marshmallow.